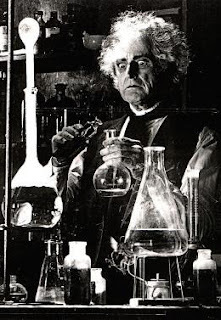 I’ve served as a mentor for the Horror Writers Association for a while now, and one of my current mentees recently sent me an email to ask where I get my ideas for stories. She told me about a time in third grade when she was afraid of one of the school restrooms – something about it just seemed wrong to her – but she wasn’t sure how to use that experience as fuel for a story.

The only way that I could think to explain my process to her was to literally work through my story-generating process using the experience she told me about, as if it was my idea that I wanted to turn into a finished story. After I sent my reply to her, it occurred to me that other people might find it useful/interesting to read, so I copied it and have pasted it below. I don’t know if you could call it a formula for writing a short story precisely, but it is the closest I have to one.

Over the years, I've trained myself to look for horror story ideas. If I see or hear or read anything that strikes me as odd or strange, I write a note to myself about it (usually using the notepad app on my phone). I write down phrases and images that I encounter while reading and watching TV/movies that seem weird too. Then when it's time to write a story, I go through my idea list and pick two or three items I like, but which aren't necessarily related. Sometimes I might have a cool-sounding phrase in my idea list that might make a good title. I then try to connect these ideas to some kind of experience I've had so I can give the story an emotional core. I don't follow all the specific details of my experience. I change them as needed to fit the story, but the emotional core is still there.

I was never afraid of a bathroom at school, but let's pretend I was. I did have an experience in junior high where two bullies waited in the restroom for me and one punched me in stomach (not too hard). They did this two days in a row and never bothered me after that. So I could use that experience to give the haunted bathroom story an emotional core. Maybe I'll create an adult character who encounters the same young bullies that bothered him in junior high in a restroom where he works. The kids haven't aged a day, and each time they bully him, their actions are more violent. One of the phrases on my current idea list is Wolves in the Woods. That could a make a cool title for the story because the bullies are like wolves hiding in the woods waiting to pounce on a victim. Once I have these things to work with, I think about my character, who he is, where he works, what's going on in his life that might be causing him to relive the humiliating experience from junior high, only it’s so much worse now. I ask myself what would he do? The first encounter with the bullies would be unexpected, and the character might think he hallucinated or is going crazy. He might try to forget about the experience, but then it happens again. After the second time, what does he do? Avoid the bathroom at work? See a therapist? Do the bullies start harassing him in other places? Does his therapist suggest he confront the bullies in the hope that their attacks will end? I like to give my stories an unexpected ending that takes the basic concept/theme of the story and turns it on its head. So during the last confrontation with the bullies, they taunt him to the point where he attacks them and beats them up severely. The bullies, all beaten and bloody, say that he's just like them, he always was, he just never had the courage to lash out.  The bullies have come to bring out the bully in him. In their minds, they're doing him a favor. The bullies fade away then, but I'd have traces of their blood remain in the bathroom to make the reader wonder if they were real or not. The main character leaves the bathroom, and he becomes a bully finally. Now that I know the ending, I'd go back to the beginning and have the character be humiliated by someone at work -- a boss who berates him, a co-worker who's taken credit for something he did, maybe someone who's rejected him romantically. Or maybe I'd have all three of those people humiliate him. Then at the end, because he's now a bully -- one who's killed two maybe-real, maybe-not-real kids -- he's going to go kill the people at work who humiliated him. As I start drafting the story, I might change any of these story elements if better ideas occur to me, but once I have a story plotted out this far, I usually don't make any huge changes when I write it. As i write the story, I focus on the main character's thoughts and feelings, trying to show his fear and his slowly rising anger at the bullies (to set up the ending), and I'd try to create an atmosphere of dread and suspense throughout. To start it off strong, I'd begin the story with the last encounter with the bullies in progress, then I'd flashback to the day when the main character was humiliated with his co-workers (and I'd show a flash or two of anger that he doesn't act on). Then I'd write the first encounter with the bullies. I'd show the reader that he was bullied by these same two kids in junior high (maybe by having him check an old year book to make sure it's them). To make things weirder, I'd have him check social media and discover the two bullies are alive and are adults. I might even have him email one bully who apologizes for being a jerk in school to him. I'd intercut his investigation of the bullies' current lives with one or two more encounters with the young bullies. At this point, I probably wouldn't want to add any more characters, so I'd drop the therapist character and have the adult bully write something in his email about the importance of confronting one's past, etc. That would motivate the main character to have one last confrontation with the kid bullies. By this point, the story has caught up with the opening scene, and I'd finish it as I talked about above and end the story.

Once I have enough elements for a short story – the main character, his humiliation at work, the bullies in the bathroom at work, the adult bullies in real life – I stop adding elements and do my best to create the story from the ones I have, fleshing them out and connecting them, and making those connections tighter and stronger as I write.

I have no idea if any of this information helps, but it's a good description/explanation of where I get ideas and what I do with them to turn them into a finished story.

If you’d like to see my process in action, you can read or listen to some of my stories for free on my website:

You can also check out my most recent short story collection, the Bram Stoker Award Finalist Dark and Distant Voices. 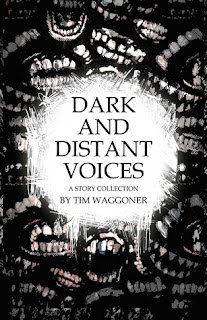 “This is every card in the horror deck, played by someone who knows the game better than most of us ever will.” – Stephen Graham Jones, author of The Only Good Indians and Mongrels.

“‘Hell is other people,’ Jean-Paul Sartre tells us. ‘Especially the one we see in the mirror,’ implicitly says Tim Waggoner. Both give us the theme of Waggoner's splendid Dark and Distant Voices. Our children we don't quite recognize, colleagues not all that collegial, ghosts who silently speak the Truth ... They're all here and more in Waggoner's brilliant story collection."-Mort Castle, author of The Strangers and Cursed be the Child 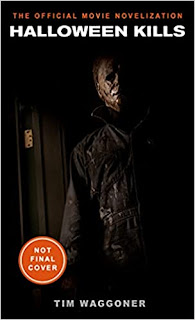 I was thrilled to get the gig to write the novelization of the upcoming film Halloween Kills. Michael Myers is my absolute favorite slasher icon, and it was a dream come true to get to write a Halloween story. The book’s due out Oct. 19th, a week after the film releases, but it’s available for preorder now.

Want to Stalk Me on Social Media?