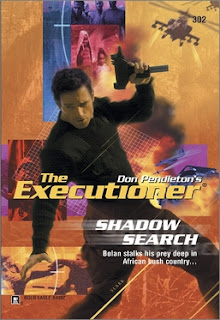 Some writers know exactly what sort of stories they want to tell right from the start of their careers. The love romance novels, have read a shit-ton of them, want to write romances, and they never want to write anything else. And if that makes them happy and leads to a fulfilling career – however they define fulfilling – that’s fantastic. But even if you have a strong preference for writing a certain type of thing, I’m here to suggest that maybe you’ll learn more, and perhaps stumble onto a wildly satisfying career writing stuff you never imagined you’d write, if you spread your wings a bit and try something new from time to time.


Writers are bombarded constantly with advice on how to market their writing, and often this advice begins with the “proper” selection of what to write in the first place. Romance sells more than any other type of fiction. So if you want to increase your chances of publication, you should write romance novels. Nonfiction earns writers far more money than fiction or poetry, so if you want to make money, why would you write anything other than nonfiction? Even if you’re determined to write in a genre you love – in my case, usually horror – you’ll be told to write this kind of horror and not that kind of horror if you want to get published and gain a readership.


This advice is awful from an artistic standpoint, but it makes perfect sense from a business point of view. But regardless of whether you’re aesthetically or monetarily-minded (or like most of us, some combination), trying new genres, new techniques, reaching out to new audiences, experimenting with new ways of getting your stories to people not only can add new and different skills to your writer’s toolkit, you might very well discover a type of writing that you not only enjoy, but plays to your strengths in ways you never imagined.


Consider Ramsey Campbell and Robert Bloch. Both started out writing Lovecraftian fiction, but they also wrote other types of stories until both of them evolved into their own type of writer. Hell, I’d argue that they even became their own subgenres of horror and suspense. Their subject matter and styles are so distinct, it’s quite possible to write a Campbellian or Blochian story. John Jakes started out writing science fiction but became famous for his novels using American history as the setting. Lawrence Block started out wanting to write the great American novel, ended up writing softcore porn in the 50’s and 60’s, and eventually became one of the best mystery and suspense writers around. Tom Piccirilli first gained success writing horror, but he tried mystery and westerns, too, before finally coming to write award-winning noir fiction. A colleague at the college where I teach, Rebecca Morean, visited by Writing to Publish class the other day, and she spoke about a friend of hers who was a fiction writer who eventually found success writing narrative nonfiction – a genre he didn’t even know existed before he stumbled into it. If these writers had stuck with what they were doing when they started out – stuck with what they knew – they never would’ve had the chance to grow, and readers would’ve been the poorer for it.


At twelve or thirteen, I wrote and drew my own superhero comic. At eighteen, I began writing fantasy and science fiction (more of the former than the latter), although I did try a few horror short stories. From eighteen to thirty, I tried writing medieval fantasy, humorous fantasy, humorous science fiction, urban fantasy (before it was called that), contemporary fantasy, absurdist fantasy, mystery (serious and humorous), suspense, romance (only one proposal that an editor didn’t buy), young adult, middle grade, nonfiction, humorous nonfiction, articles on writing, and more. None of the books I wrote during this time were accepted for publication. My short stories tended to stick to fantasy and horror, though, and I sold a number of these by the time I was thirty, and I sold a few articles, too.


I started selling short stories regularly to anthologies Marty Greenberg edited. These anthologies were usually themed, and I got to write stories about Merlin, alien pets, elves. Civil War fantasy, and so many more. I could’ve written stories about any of these topics on my own, but it never would have occurred to me to try until I read the submission guidelines and thought, “I wonder if I can write something like that.”


I tried writing media tie-ins, too. I had success with writing for Wizards of the Coast and White Wolf. I started writing horror novels and had success publishing them with Leisure Books. My horror novels grew out of the subject matter, themes, and approaches I explored in my short stories, and that’s how I developed my horror “voice” – by trying stuff. Media tie-ins have led me to write a choose-your-own adventure book, a couple “nonfiction” books set in the Supernatural TV show universe, and three novelizations of films.


I tried to sell proposals for Mack Bolan novels for men’s adventure publisher Gold Eagle, but they were ultimately rejected. I did get a two-book contract with Gold Eagle to write adventures in their spy series Room 51, but the line was canceled before my books could come out. I was allowed to keep the rights to the books – if I changed the details Gold Eagle created – but I haven’t been able to get them published. (Yeah, I know I could self-publish them, but I like the challenge of traditional publishing. Maybe one day I’ll jump into self-publishing, but right now, this blog is pretty much the extent of my self-publishing ambitions.)


Would I have liked all the above failures to have been wild successes? Hell, yeah! But there’s no way for me to know which things I try will work or how well they’ll be received by readers. But if I don’t try, I don’t grow, and trying all kinds of different things increases my chances for successes. So don’t be afraid to write outside your comfort zone or try that story you’ve always wanted to write but have been afraid of. You never know where it will take you, and you may end up becoming the best writer version of yourself possible.


Just for fun, I’ve included the two chapters for my proposed Mack Bolan novel below. For those unfamiliar with the series, Bolan is an ex-cop and ex-soldier known as the Executioner who fights bad guys as a one-man army. I’ve filed the serial numbers off the chapters, meaning I’ve changed some details so it’s now a Curt Macon the Warlord story (because I don’t want to get sued). But before you read it, it’s time for . . .


My prehistoric monster action thriller THE TEETH OF THE SEA is still available. It’s a good example of me trying something different. I’d never written a monster-chomps-people book, but I enjoyed them as a kid, and I thought it would fun and challenging to try my hand at one. Reviewers seem to think I did a good job, so why not buy a copy and see for yourself?


Crossroad Press has been bringing out new e-editions of some of my horror books. If you haven’t read them before (or even if you have), check them out:

Posted by Tim Waggoner at 6:08 PM No comments: