“So what, if anything, scares you?”

FEARnet says it’s “one of the most original and surprising takes on the zombie genre I’ve ever had the pleasure of reading.” Why not check it out and see for yourself?

Guest Blog by Simon Strantzas: Learning the Art of the Collection 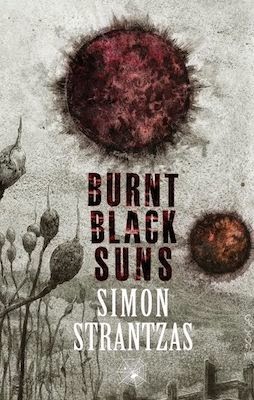 LEARNING THE ART OF THE COLLECTION
by Simon Strantzas

It always starts with such clarity of vision. Time has a way of fogging things up.

When I first started reading the genre, naturally I gravitated to novels. It was the 80s, and that's where all the exciting things were happening. But I'd be lying if I didn't admit I loved short stories even then, and I discovered many (if not most) of my favourite authors through the anthologies like PRIME EVIL and DARK FORCES. That said, I was a reader, not a writer, and ideas I formed then in ignorance were carried with me long after I should have known better. (This is the way of things, I suppose; we all cling to our irrationalities from youth.) One of those ideas that overstayed its welcome was that a story collection had only one job: round up all those shorts an author wrote between novels and put them in one place. I had good reason to think this: virtually every collection I saw—whether it come from King or Straub or Lansdale or whoever—was this sort of collection. They seemed like after-thoughts. In music parlance, a collection of hit singles.

I went from reader to writer about twenty years later. And there were all sorts of lessons I learned along the way. When the day finally came where I’d been writing long enough to amass a collection's worth of stories, I immediately and unsuccessfully tried to get that book published. There were many reasons presented why my first collection wouldn't work—some based on the stories themselves, others on my rather nascent career—but at the end of the day no one wanted the book. And even then part of me was glad.

More so at the beginning of my career than now, I felt I wrote in two modes: the strange, and the weird. Some stories were more of the former, filled with enigmatic puzzles; some were the latter, more philosophical and cosmic. When that proposed book collecting the mishmash of them was rejected, I decided to entertain a thought that had been percolating for a while, but had until then been treated as only a fantasy—I gathered only the weirdest of my stories and published them together as my first collection, BENEATH THE SURFACE. The non-weird material I excluded would be left for the next book. It seems to me reckless in hindsight: I suspect any one who knew me at the time would have known me most for strange, ghostly stories, and yet my first book was nothing of the sort. Yet, I sometimes wonder what would have happened had I released a ghost story collection first. Would anyone remember it now, or would it have faded into the background of the genre? True, some didn't connect with BENEATH THE SURFACE as much as I would have liked, but those that did, really did, and it showed me the power of focus.

In some sense, I blame those collections of my youth for skewing my understanding of what a collection could be. Sure, it could be an odds-and-ends book, designed to fulfill a contract or kill time between novels. But I came to realize that, for me, a collection can be so much more. A collection can unite stories of similar themes or visions. A collection can distill a central idea and become greater than the sum of its parts. It can convey a world-view in ways a single story or novel can’t.

It was perhaps only when my last collection was published and I started thinking about what was to follow that I fully realized this. I already had the workings of the next collection’s anchoring novella in mind, and I also knew that the novella's title, "Burnt Black Suns", would be the perfect choice for the book's title as well. I had an itch to return to the sort of book my first had been, but I wanted to do it different. Rather than a hodge-podge written over years, I wanted the new book to be consciously focused, and in keeping with the novella, I wanted to incorporate some of the Lovecraftian tricks I'd been exploring. I also wanted to plant a flag in the Weird, to make an indelible mark. If BENEATH THE SURFACE was my first volley into the Weird, BURNT BLACK SUNS would be an all-out attack. By the time I finished, the book wasn’t what I expected, but it was altogether more than I'd anticipated. That clarity and focus I had in what a collection was and could do allowed me to shine in a way I don't think I could have before with a less-disciplined book. Focus brings out the best in my work.

There are many different ways to write a collection, and for some writers the best outlet for their muse is a showcase for their different styles and talents. I don’t begrudge them if that’s the case. (I’ve certainly read, and enjoyed, my fair share of them.) But for me, it's focus that’s most important. And I think the results, as presented in BURNT BLACK SUNS, speak for themselves.