When it comes to teaching fiction writing, one of the most hotly debated questions is whether the subject can be taught at all. So much of it is inborn – a feel for language, a sense of narrative – and just as much, if not more, is developed through an individual’s reading. The more a person reads, and the more widely he or she reads, the more that person grows as a writer. And of course you have to write – a lot. So what role can a teacher play, beyond giving encouragement, pointing out mechanical errors, and passing along a few tips and tricks? Well, there’s one very important thing that teachers – and for that matter, editors – can do: we can decrease your learning curve. Over the course of our careers, we see so many manuscripts from beginners that we eventually become experts in What Not to Do if you want to get your story published. (Or, if you’re a self-publisher, What Not to Do if you want your stories to compete with all the others out there that readers have to choose from.) So – based on close to thirty years of teaching and writing – here’s my list of the most common mistakes that beginning writers make.

And as always you can find out more about all my novels and short story collections at my website: www.timwaggoner.com

Guest Blog by Jay Wilburn: Do It Yourself Failure 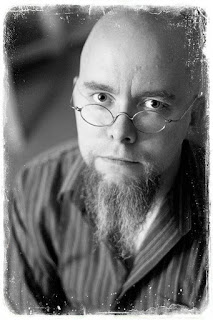 My first short story collection was self-published. It was called Life Among The Zombies and it is a raw little collection of zombie stories that hold up pretty well even just being a roughshod creation. I was still teaching public school when I published that and I started writing and submitting other short stories. I branched out from zombies and started getting some paying publishing credits.

My first novel was picked up by Hazardous Press back when they were a new operation. I had submitted to fourteen publishers and went with Hazardous after a couple others bit at the novel too. My second novel was picked up by Perpetual Motion Machine Publishing. My third is sitting in limbo trying to land an interested party. I guess it is technically not my third since the first book in a twelve book series is out. I wrote another novel or two earlier in my life that were tossed out with my old computer. I suppose I was more picky than I give myself credit for.

There was a point where I was sure I was never going to self-publish again. Publishers, even small ones, will pay for editing, cover art, formatting and will put books up on Amazon for you. These are all things I don’t do well myself.

After I left teaching to write full time, I found that other guys that were making a go at the same thing used self-publishing as one avenue of revenue for their support. I started ghostwriting and freelance writing too to make ends meet as the slower money from my own published fiction came in. Self-published work seemed to fall into that middle range between the faster money of ghostwriting and the longer money of press published fiction.

One thing I learned from other full time self published writers was that the weight of the responsibility rested on the writer. Professional editing and art were the investments that the writer puts into the work. I also added a musical soundtrack to my Dead Song series, so I was hiring a producer and studio musicians to flesh out the radio plays and songs I wrote to make my playing and singing sound like something real that told a story. I invested in all of that and put it out into the world for readers and listeners to accept or reject.

There is a level of control that goes with putting it out yourself along with the responsibility, investment, and risk. If you are going to jump off the cliff, I suppose there is some comfort in knowing you packed your own chute even if you doubt your own skills.

All authors are writing their own ticket in one way or another. Whether one does so in the few moments that are squeezed out to write between life and a day job or in the moments between life and interruptions for a full time writer, we set our own terms in where we submit and what we accept. We all succeed and fail and fail again as often as we choose to get up and try it all again. Self-publishing is just another way to do the game of success and failure. Enough folks are out there doing it that it doesn’t exactly feel like doing it alone. Writing in any form is much like jumping with a parachute you packed yourself, I think.


Check out the latest book and music from a new series by Jay Wilburn: 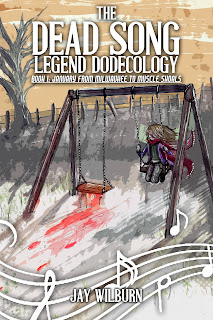 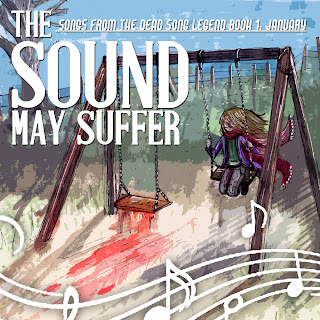 The Sound May Suffer - Songs from the Dead Song Legend Book 1: January –

Jay Wilburn lives with his wife and two sons in Conway, South Carolina near the Atlantic coast of the southern United States. He taught public school for sixteen years before becoming a full time writer. He is the author of the Dead Song Legend Dodecology and the music of the five song soundtrack recorded as if by the characters within the world of the novel The Sound May Suffer. Follow his many dark thoughts on Twitter @AmongTheZombies, his Facebook author page, and at JayWilburn.com


Posted by Tim Waggoner at 9:01 AM No comments: